All Suzuki Music Winnipeg teachers have received registered training through the Suzuki Association of the Americas (SAA), and all are Active teacher members of the SAA. Because the Suzuki Method is an internationally recognized method of music instruction, there are many opportunities (nationally and internationally) for students, parents and teachers to further their education by attending workshops and summer institutes. 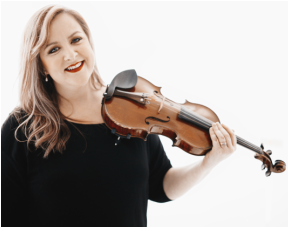 Karen Barg began violin instruction at the age of four through the Suzuki Program with Joanne Martin , and continued her studies at the U of M as well as McGill University with teachers Jack Glazter, Gwen Hoebig and, Madame Gho.  Karen has obtained her Suzuki teacher training from Pat D’ercole, Joanne Martin, Karen Kimmett and Paule Barselou.

In addition to being a professional freelance violinist and Suzuki instructor, Karen keeps her musical journey stimulated by performing with various touring acts (Il Divo, Sarah Brightman, Sarah Slean, etc.), the Winnipeg and Thunder Bay symphonies as well as being a violinist and vocalist for Fred Penner since 2010. After having held the position of Program Coordinator for Suzuki Music Winnipeg Inc from 2012 to 2017, Karen keeps busy by arranging pop/rock and tv/movie music for her Luminous String Quartet and maintaining a full Suzuki studio in her home. 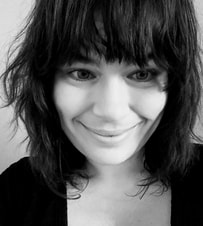 Domanie was born and raised in Winnipeg. She trained as a violinist under Caroline Bias and Carlisle Wilson and as a singer with Mel Braun and Valdine Anderson. She has enjoyed performing with the WSO, Manitoba Opera Chorus, for benefit concerts and many other freelance opportunities.

She has been teaching violin, voice and Suzuki Early Childhood Education for 15 years. A committed educator, she has taught for Suzuki Music Winnipeg, University of Manitoba Preparatory Studies, and most recently the Manitoba Conservatory of Music and Arts. She passionately believes that music education should be accessible to every child and has been working to help develop and deliver music programming to Winnipeg’s underserved youth for the past several years.
​
She juggles her teaching with being a Suzuki wife and mom to two young children, her dogs, and volunteering for her favourite animal rescue. 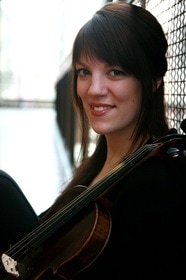 A native of Saskatoon, Anna Bond has been playing the violin since the age of five. She trained with the Saskatoon Suzuki Strings program during her first eight years on the violin. In 2003, Anna received a B.Mus. Performance degree from the University of Ottawa (where she studied with David Stewart). In 2008, she completed her M.Mus. Performance degree at Brandon University (where she studied with Kerry DuWors). Anna is currently studying early years education at the University of Manitoba, and will complete her B.Ed. degree in 2020. 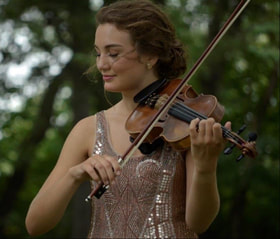 Jane Cory fell in love with the picture of a violin in a Sears catalogue at the age of five, and began Suzuki violin lessons soon after. At the age of seven, she discovered fiddle music through a Suzuki workshop, and has gone on to compete at many prestigious competitions across the country, perform at countless festivals, concerts and charities, has collaborated on several studio albums and has released her own solo album Road Between the Saints in 2014. She was a member of the Winnipeg Youth Orchestra for 8 years, and a member of the University of Ottawa Symphony Orchestra for 4 years.

Jane has become an established teacher around the country, both in the classical and fiddle styles. She has instructed with Frontier Fiddlers, a program through Frontier School Division that allows instruction to hundreds of children from several Northern Manitoba communities. She has taught at the International Music Camp, has been a private and group instructor for Fiddleheads Musical Theatre in Quebec, and has taught privately from her own home studio since 2013. Jane has recently graduated from the University of Ottawa with a Bachelor of Music performance degree. Zohreh Gervais was raised in Edmonton, Alberta, where she started playing the violin at age five.  She studied violin and viola at the Alberta Conservatory before moving to Winnipeg to continue her studies at the University of Manitoba.  An accomplished soprano, Zohreh earned a bachelor's of music degree under the tutelage of Tracy Dahl and Mel Braun.  She is a member of the Canzona Choir and is a frequent soloist with The Musical Offering.  Zohreh is on faculty at the University of Manitoba Preparatory Studies Division where she is a sought-after teacher and collaborator.  She has performed as principal violist in the MUSAIC Orchestra and the University of Alberta and University of Manitoba Orchestras.  Zohreh has released two albums: “Acquiescing,” (2004) an album of her original compositions for voice, piano and strings, and “My First Songs and Rhymes,” (2010) an album of children’s nursery rhymes and lullabies developed for use in the Baby Suzuki curriculum. She has studied Suzuki pedagogy with Joanne Martin, Karen Kimmett, Kathleen Spring, Joanne Melvin and Dorothy Jones. 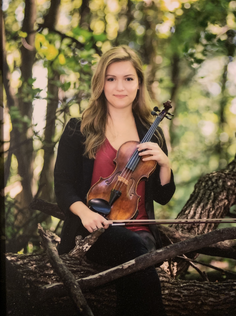 Kristen Graham began playing violin in the Suzuki Music program at the age of 6. Growing up, she played in the Winnipeg Youth Symphony Orchestra for 3 years and has experience playing in many string quartets and ensembles. Kristen has also received certificates for Basic and Intermediate Music Theory Rudiments with the Royal Conservatory of Music. After years of caring guidance from her Suzuki teacher Laurel Howard, she is now excited to be teaching Suzuki students of her own. ​ 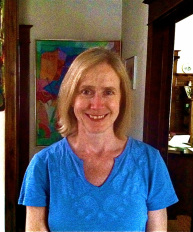 Laurel Howard has taught violin and viola for over twenty-five years. She taught for the University of Manitoba Suzuki program for sixteen years, and served as its coordinator for six.  She has given masterclasses and taught at workshops and camps in Winnipeg, Brandon, Saskatoon and at the International Peace Gardens.  In addition, she has adjudicated at over thirty music festivals and competitions across Manitoba, and in Regina and Victoria.  During 2010, she was conductor of the Youth Strings, one of the three Winnipeg Youth Orchestras.  She has a full studio of young violinists and violists and two string-playing children.

Solana Johannson is a versatile musician, juggling her classical background with contemporary recording projects. Having been brought up through the Keystone Suzuki program in Winnipeg, Solana is thrilled to now be a Suzuki teacher. She has trained with Karen Kimmett, Paule Barselou, and Michele George.

Marcha Murphy taught violin and viola for the Suzuki Talent Education Institute first at Linwood School and later at the University of Manitoba Prep Studies. She took a retirement break in 2005. She is a graduate of Western Illinois University, Northwestern University, and the University of Manitoba. She received Suzuki teacher training from Tanya Carey and Almita Vamos in Illinois and Joanne Martin in Winnipeg and attended many SAA summer institutes in Stevens Point, Wisconsin.

In 1983 Marcha enjoyed three weeks in Matsumoto, Japan at the International Suzuki Conference.
She is happy to be part of Suzuki Music Winnipeg! 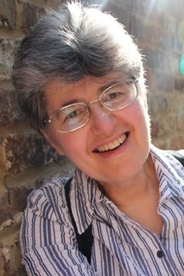 Judy Tennenhouse has been associated with Suzuki Winnipeg since 1985. She has taught group and individual lessons from pre-twinkle to Book 4/5. Her four children are grads of the program. Judy maintains an active interest in continuing education and has trained with Joanne Martin. In addition to her love of classical violin, she has a passion for fiddle music and founded the fiddle program at William Whyte School. She has a studio and group program in north Winnipeg and is opening a new introductory course this year. 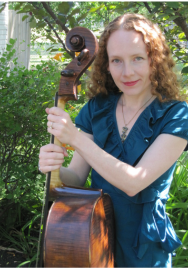 Allison Warrian earned a Bachelor of Music degree from the University of Manitoba and a Master of Music in Literature and Performance from the University of Western Ontario.   A native of Winnipeg, her teachers have included Paul Marleyn and Thomas Wiebe. She performs as a freelance cellist in Winnipeg and throughout Southern Manitoba.  Allison is a dedicated teacher and enthusiastically maintains a large private teaching studio.

​Heather Wilson began to play the violin at the age of four with the Saskatoon Suzuki Strings program and went on to play viola with the Saskatoon Symphony Orchestra, the Prairie Virtuosi Chamber Orchestra and has appeared as guest violist with the Brandon Chamber Players, the Amati String Quartet, the Horizon String Quartet, the Ritornello Chamber Music Festival and the Clear Lake Chamber Music Festival. Heather holds a Master of Music in viola performance from McGill University and currently plays viola in the Winnipeg Symphony Orchestra.
​
Heather enjoys teaching violin and viola to students of all ages and has been teaching private and group lessons since 2011. She has completed Suzuki pedagogy courses with Elayne Ras, Edmund Sprunger, Karen Kimmett, Paule Barsalou, and Elizabeth Stuen-Walker. She was an instructor with the Saskatoon Suzuki Strings program for more than five years, a coordinator of the Chamber Orchestra Workshop for Strings, and has taught masterclasses in Tisdale, Saskatchewan.